When you incredibly liked one game, you always try to find something similar. The storyline of the game may stop at some point or you may get bored with the process itself – in this case, it is worth looking for a replacement.

Similar games can be completely different from each other – for example, in some of them, there is a similar story, some of them may be similar only to the gameplay. If you like scary stories you may like the list of 11 Best Scary Stories Apps (Android & iOS).

Castle Fusion game is daily entertainment for people who want to immerse themselves in the world of Orcs, Goblins, and warriors. In the game you try to defend yourself against enemies in every possible way, strengthening your characters and towers.

You can also assemble an entire army, uniting their units among themselves, to strengthen the firepower of the towers, and much more. In any case, Castle Fusion can be called a strategic game, because every action the player must think through in advance.

We decided that this topic may be of interest to you and picked up 9 Free Games Like Castle Fusion (Android & iOS). 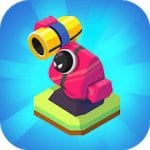 If you like strategies but are also a fan of classic games, then we present Merge Tower Bots. This game has the simplest and most classic gameplay.

Your goal is simple – to repel the attacks of attacking enemies in an effective way. At any moment they can try to retake your land, and you need time to build an army for a new battle.

Merge Tower Bots combines the features of standard Merge games and idle games. You have only one mission – to create your own army of robots with high power so that it can repel any attack of monsters.

It is also worth noting the Merge Tower Bots graphics – it has bright colors and 3D elements that can be found in modern applications. At the very first levels of enemies will be easy enough to destroy, almost without effort.

In the future, your competitors will increase their power, so you will have to try several times. Try to work harmoniously and win. 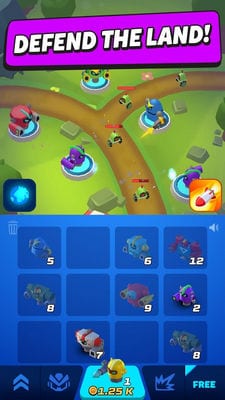 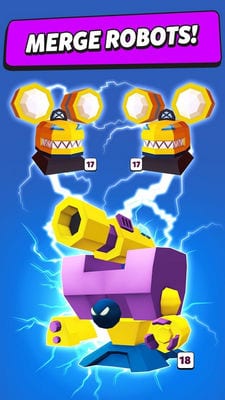 You may also like: 11 Free Zombie Tower Defense Games for Android & iOS 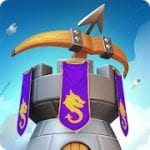 Do you have sufficient skills to develop the right strategy? Castle Creeps TD can help you find out. In the game, you will build towers to defend your land, as well as use different heroes.

If you think that this is a simple tactical strategy with the construction of towers, then you are wrong. For example, you can assign the heroes certain abilities and use them in the process, as well as improve the towers with the help of extracted resources.

Some people may notice that Castle Creeps TD is a bit like Clash of Clans. In fact, this is not true, because the developers completely created the product themselves. All resources to improve your team you will collect on the playing field – during battles and simple development.

Your enemies in Castle Creeps TD are various goblins, giant size ogres, and even commanders who want to capture your kingdom. You can join forces with your friends and work together to achieve victory. 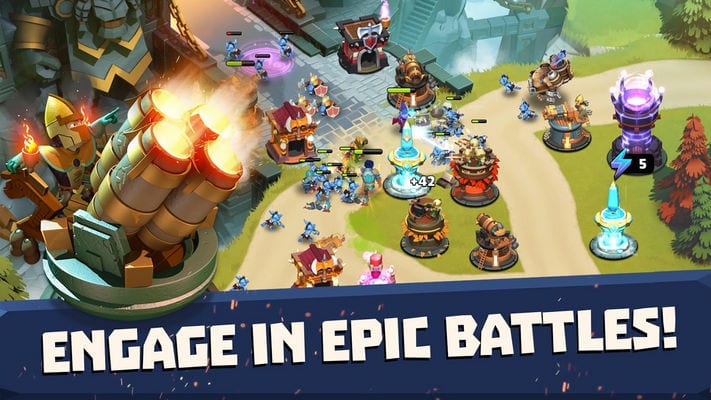 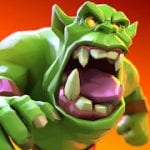 If you are tired of playing for people and standard defenders, then perhaps you will be interested in the game Monster Castle. Here at your disposal, you get a huge castle of monsters, which you will need to protect.

During the game, your goal is to defend the fortress because the enemies never sleep. Even at the moment when you have just finished fighting with one enemy, the next enemy may immediately appear on your horizon.

For performing missions in Monster Castle, you get game currency – bonuses and crystals. In the future, they can be used to improve the defensive ability of the castle.

In this game you fight against people on the side of monsters – so your army will consist of orcs, witches, goblins, and other monsters that you did not even know about.

You will be able to unite with players around the world or fight them, increasing your resources and army. Also, do not forget that each castle must be equipped with different weapons – this is where all the resources earned by you will be spent. 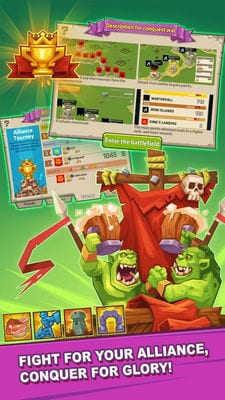 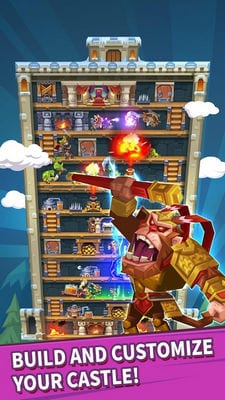 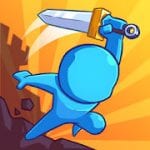 Some players are looking for simple and clear strategies that do not require special abilities to play. Everyone can play in Tiny Kingdom – even if you have not liked to play mobile applications before.

Here you only need to call your troops on the battlefield, and the task as simple as possible – to destroy the castle and the enemy’s army. The very process of conscription is just as simple – you should click on the battlefield. To strengthen your army, simply double-click on your warriors, so you can fight back the enemy.

Tiny Kingdom does not require from you a special arrangement of troops or other important details. Everything that will happen on your screen during the battle will happen automatically.

Tiny Kingdom offers you to constantly improve the level of training of your troops, adding new warriors, and improving their abilities. In total, Tiny Kingdom has more than 100 different levels, passing which you will receive various awards. Pump up your army and become a real king on the battlefield. 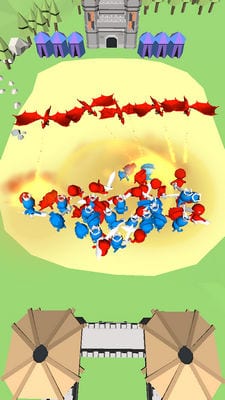 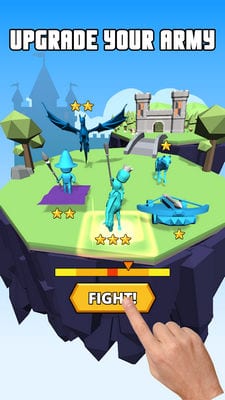 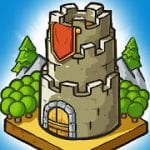 Grow Castle is a popular Flash game that offers you to protect your fortress in all possible ways. The graphics of the game is very funny and attractive – it is not standard for classic games of this genre.

You will have to improve the towers and add them to your fortress, pump up the warriors, and hire special defenders, which will give you additional opportunities to resist enemy attacks. Grow Castle offers you to improve your army and castle with each battle, so get ready to spend all that you have time to earn in the game.

We have already mentioned about additional defenders that you will need to hire. They can be magicians or superpowered warriors who use their unique abilities to protect you. For example, a magician can freeze your enemies and give you extra time to destroy them.

Game currency in Grow Castle is earned with each killed enemy – the amount of your reward depends on the number of destroyed enemies. If you like real-time strategies, then Grow Castle is designed just for you. 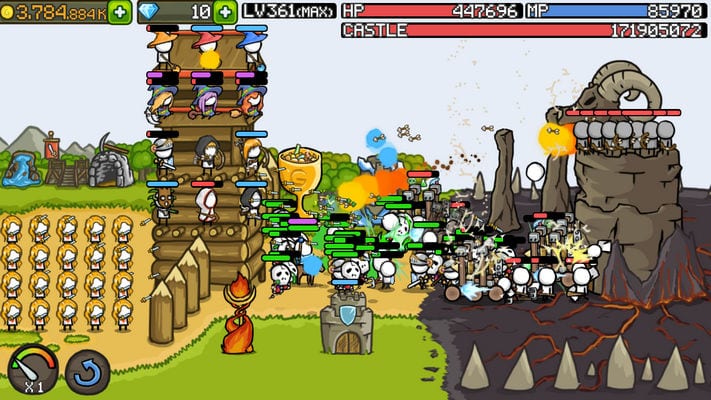 You may also like: 17 Free City Building Games for Android & iOS 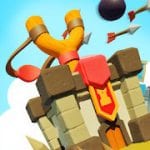 Fans of the Tower Defense genre can enjoy another game – Wild Castle TD. Here you get into a fantasy world, where you will need to lead the defense of the main castle and make a complete defense strategy.

Monsters will attack you constantly, and your task is to constantly reflect their attacks and survive all this onslaught. Wild Castle TD offers you to build and establish a kingdom from scratch, making it the way you would like to see your own territories.

Wild Castle TD will give you the chance to survive more than 10 thousand waves of monster attacks, for which you will be awarded. You will also have your own rating in the game and compete with other players in the overall rating table.

Your army may include heroes of different classes (there are about 60 heroes in Wild Castle TD) – each of them will have special abilities and capabilities. But in order to unlock or buy a new hero, you will need to first expand your castle and occupy as many territories as possible. 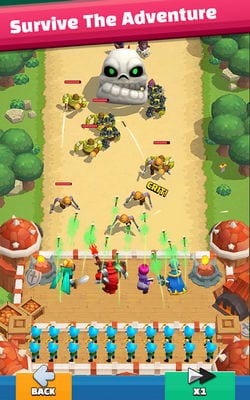 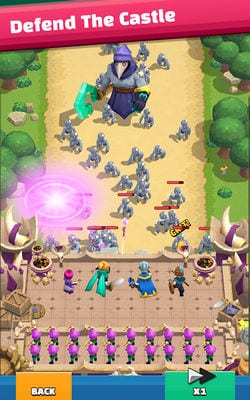 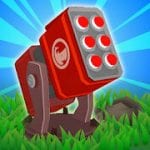 Turret Fusion can be called the game that is most similar to Castle Fusion. Here you will also find the clicker elements that many Castle Fusion fans love so much. Still, in the game there are elements of strategy and defense towers, so you will still remain in this subject.

In the story, you act like a sergeant, who leads the defensive forces. It is worth noting that the fight is conducted against the alien invaders, who each time only increase their strength and size of the army.

Of course, during the battles in Turret Fusion, you will destroy your enemies. For each unit of enemy equipment, you get a reward – in case you were able to destroy it.

You will have at your disposal a variety of bomb mechanisms, classic rifles, and even rocket launchers that you will need to apply in battle. The outcome of the battle will depend on the places on the playing field where you will put them.

It is possible to modernize your weapons only if you raise the level, as well as after earning enough game currency in other battles. 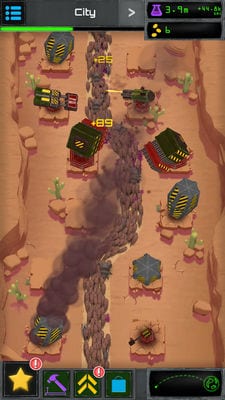 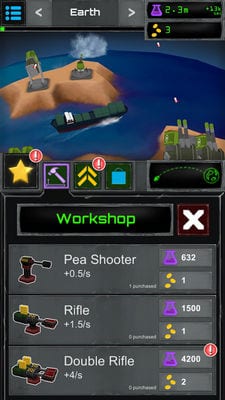 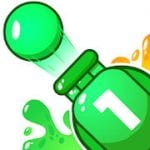 For fans of 2D graphics, there are also games in the genre of Tower Defense. For example, you may like the game Power Painter, where you will be engaged in organizing the defense against the invasion of monsters.

In the process of formulating your own strategy, you will expand your castle and add new defenses, which will be used to organize the defense. Your enemies are paintballs, so Power Painter can remind you of a game of paintball or other similar games.

Your defensive weapon is the towers shooting at paintballs. Each destroyed enemy will bring you a reward, which you will spend on new towers. Also during the game, your opponents will grow, and their abilities will increase, so do not hesitate to improve your defense strategy.

All bubbles appear from the corner, and their actions will destroy your structures. It should be noted that Power Painter has towers to protect different forces, and you will arrange them so as to organize an effective defense. The surprise will be the appearance of bosses, to overcome which is not so easy. 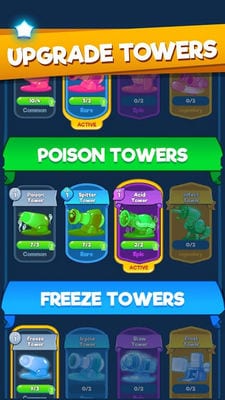 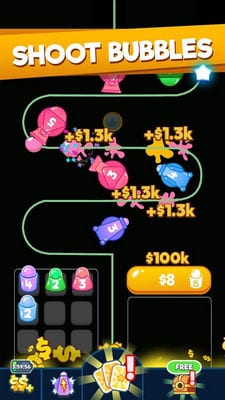 You may also like: 11 Best home painting apps for Android & iOS 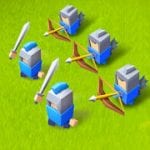 Art of War is a classic arcade, which is filled with various battles and soldiers. In the game, your army will consist of tiny soldiers, each of whom will be armed. The entire army in Art of War is divided into legions, which you can place at different points on the map.

Your goal is to place them competently so that in the process of the battle you will observe your triumph and victory over the enemy. Do not think that everything is arranged so simple and boring – surprises await you.

Once you reach level 14, the Art of War opens special tasks and unique missions. It is after their completion you will receive huge rewards – much more than for a simple victory over your opponent.

You will also get additional bonuses that can be used in battles. Still, the most enjoyable process in Art of War is watching the battle – your warriors will confront the enemy troops, and you just watch the result of your strategy. Show that you can be an excellent commander. 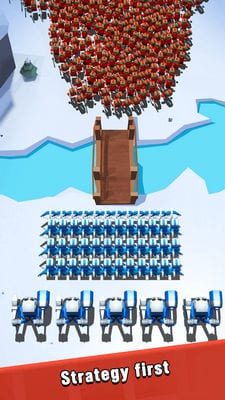 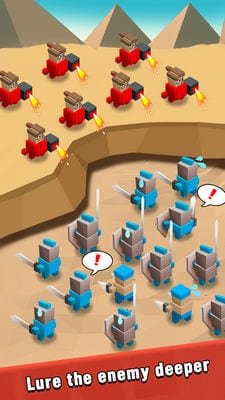 Each developer is trying to make his product unique and individual – that’s why you can rarely find two almost identical games. As we said before, all of them have certain similarities with each other – character management, strategic plans and actions, building and creating your own army and castles, and much more.

Many games have internal purchases for real money – for example, rare weapons or skins for the characters. At the same time, all of them are free to download and start the game – so it is up to you to decide whether to invest real money in the mobile application.

We hope that you liked our selection of games and now you have found a new entertainment for the evening.