Have you ever questioned how your voice would sound if you were the opposite gender? Then keep reading this article!

There are lots of female to male voice changer apps for Android and iOS that can make your speech sound completely different from as it usually would. These apps cover more than man and woman voice styles and they are perfect for pranking your mates.

In case you’d like to see how you’d look in the opposite sex, check this article: 11 Best Gender Swap Apps 2020 (Android & iOS)

Here’s the list of 8 best apps that category that worth your time. Have a look!

Let’s start with an app called MagicCall. This is an app that empowers you to modify the sound of your speech.

This app can do more than just turning a woman’s voice into males. The app has a compilation of voices you can try. Thus, there are children’s voices, some funny ones, and even the styles of cartoon characters.

You can also reverb your voice live right when you speak or do it with pre-recorded files. On top of that, the app can modify your voice throughout a phone call so it’s a nice app if you want to joke on your buddies. You can even switch voices while talking to confuse the ones you prank even more.

Besides, the app also covers various accents you can add to your voice. These sounds may be claps, kisses, cries, or whatever else. Plus, the accents don’t interrupt your speech so it looks real. You can also give your mates your referral link from the app that gives you scratch cards that you can win prizes with.

Furthermore, you can try different intonations like sexy voice, confused vice, and so on. There are also packs of background noises that imitate the rain, the subway, traffic noises, and more. You can even try the noise that screams happy birthday. 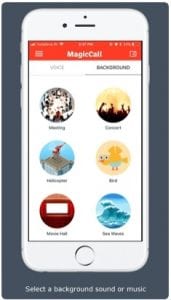 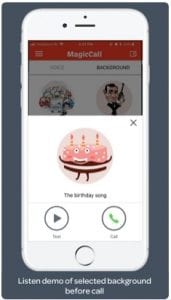 The next app is called Snapchat and this is a world-famous video messaging service.

Frankly speaking, most of the people tried Snapchat at least one in their lives, and most of them sill have it on the phone. This app is famous for its massive compilations of masks and effects for pics and vids. Plus, its number is constantly updating and keep setting trends in the community of selfie lovers.

As for the voice reverbing, it can be done via good-old masks in this app. Thus, you just need to find the masks that switch your gender and record a video using it. It needs to said, there are lots of masks like that in the app and some of them can not reverb your voice.

Once you’ll find the mask you can add it at your faves to not spend time searching for it later. You can also save the vids you record on your mobile or automatically post it on other social media.

Herewith, the app has lots of other masks that can modify your speech. There are some funny ones, the scary ones, and the ones that make you sound like a cartoon character.

If you need a reverse (male to female voice change), then you should check this article on our website or the one at apppearl.com

Voice changer is an app that can reverb your speech in lots of different ways.

Apart from switching the gender of your speech this app also imitates lots of other voices. For now, there are more than 50 voices you can try, and the new ones are being added from time to time.

Thus, you can try the killer’s voice, the creepy child style, the funny voice, and even the cartoonish one. You can filter the styles by themes like scary or seductive ones if needed.

On top of that, the app can rather reverb your voice live or do it with pre-made files. The app can also modify your voice throughout phone calls so it’s great for jokes on your mates. You can try different styles throughout the call and add funny notes like kisses or claps to it.

Furthermore, you can record the files within the app, reverb your voice, and save it as an individual file. The app can even turn your text into audio and pronounce it with different styles. Plus, you can add rain or fireplace noises to your file and there’s a huge compilation of those as well. 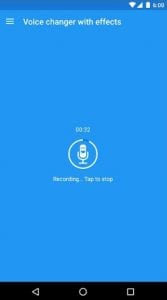 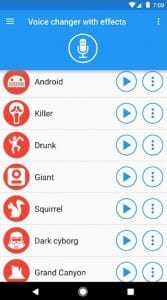 Voice Changer Plus is an app that can make your speech sound different.

This app has a huge compilation of voices you can try — much more than the voices of a man and woman. There are dozens of funny and creepy styles and even the voices of famous cartoon and movie characters.

Herewith, the app can ever pre-record files or live talks. It can even reverb your speech throughout phone calls which is great for prank lovers. You can switch voices while talking and add multiple effects to it. These effects can be sounds of kisses, claps, barks, and so on.

Furthermore, the app can even reverb your singing. It might not work perfectly from the first try but it will eventually. You can also add some backdrop noises like traffic or the music concert one. You can also adjust the volume of these noises.

All the audios you record can be saved or shared easily. Once the audio is ready, you can trim it or play it backward. You can also add effects to it and adjust the tones. The app has some ads but you can remove it with a one-time fee. 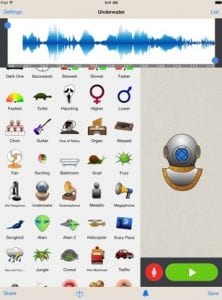 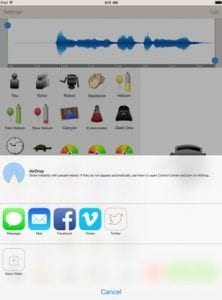 RoboVox is an app that can switch the sex of your voice and much more. This app has a huge compilation of styles you can try — from basic men and women to the more complex ones. Thus, there are packs of scary and evil voices, the funny ones, and even the voices that make you sound like a robot.

The app uses vocoder tech and does a great job of recognizing your speech. The app can work with live speech or reverb the audios that were pre-recorded. Plus, it can modify your voice through phone calls. You can also add effects like claps or barking to your audios.

Herewith, you can save all the files you record or share them. You can also trim them and settle the pitch of your voice if needed. Plus, you can add extra noises that imitate your surrounding. There are the noises of the subway, the rain, the traffic, and much more.

The app also has a parrot mode that repeats everything you speak a couple of secs after. Once again, you can pick the voice style of the parrot and add noises to the record. 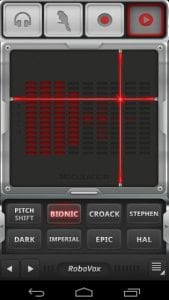 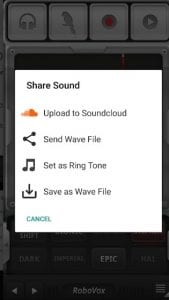 Voice Changer can modify the sound of your voice on audios.

The app is very easy to use and it covers multiple voice styles you can try. There are robotic voices, the voices of different sex, children’s voices, and more. There also some scary voice styles and some funny ones. Furthermore, there are moody voice styles such as sexy, drunk, nervous, and more.

Wherein, you can rather record a speech and add effects to it or do the same with the pre-made files. All the files can be saved or shared easily. Plus, you can store it on the app until you need it.

Once the audio is recorded and the voice is modified you can add some spice to it. Thus, you can try some voiceover noises such as forest noises, traffic sounds, the night club imitation, and more. You can also add some short individual noises like claps, kisses, and so on.

It needs to be said, the app does a good job recognizing the speech and individual phrases. Plus, it keeps the sound quality on a high level even after modification. 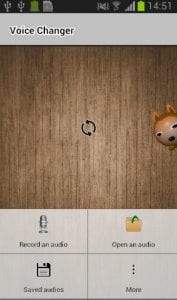 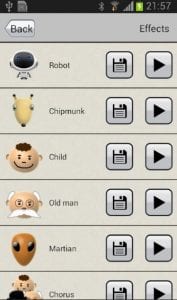 As its name supposes, Voice Changer, Sound Recorder is an app that you can prank your mates with by modifying the sound of your voice. This app empowers you to reverb pre-made files and record new ones. Therewith, you can make your speech sound different by using various voice styles.

You can make your speech sound like a child, an adult, a person of the opposite sex, and even a cartoon animal. There are also some moody voices like the nervous or the evil ones. Once the audio is completed, you can add extra effects to it. For instance, you can add individual notes like gasps, whispers, claps, laughs, and more.

Furthermore, you can try some voiceover noises that imitate your surrounding. These noises can be rain, traffic, concert, fireplace, and so on. The volume of the noises can be settled by your will. You can also trim your audios and optimize its opacity.

Beyond that, the app doesn’t low down the quality of the sound after modifications so no worries about that. You can save the audios or share them wherever you want. 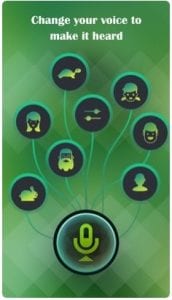 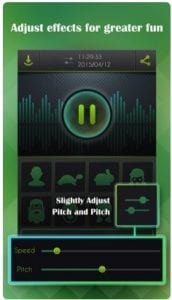 And lastly, Super Voice Editor is an app for voice modifications that you can use to joke on your mates.

This app has a huge compilation of voice styles you can try. There are voices of different genders, cartoon styles, evil styles, and even the superhero ones. They are also styles that can make your speech sound younger or older. Plus, there are some moody styles of voices like nervous, upset, angry, and so on.

Herewith, the app can modify the files you already made and make new ones. Once the audio is ready, you can trip it, settle the opacity and cut any voice you don’t like. On top of that, you can make ringtones out of your files and share them wherever you want.

The app also covers the short sounds that can add a bit of spice to your records. It can be claps, whispers, giggles. and more. Furthermore, there are some noises that imitate your surroundings such as rain, traffic, train and all that. Plus, voice modifications don’t low down the quality of your audios so no worries about that. 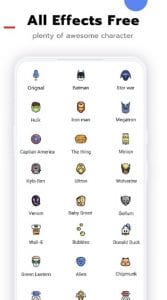 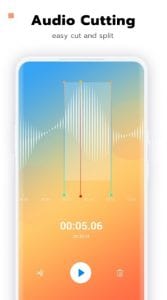