Are you a fan of football and card games at the same time? This article has you covered!

There are lots of free football card games for Android and iOS that combine the best out of these two genres. These games empower you to form the dream team out of your fave players and surpass all your opponents. Some of the games even have the cards with licensed autographs of the players!

In case you’re interested in the best football games out there, check this article: 7 Best Fantasy Football Apps for Android & iOS

Here’s the list of 7 best apps that category that worth your time. Have a look!

Let’s start with the game called LaLiga Top Cards 2020. This is a football card game that empowers you to create your own football team of the world’s best players.

Your aim in this game is to collect the cards with football players and form a successful team. The players on the cards reflect the real ones from the Spanish football teams. Just like in real life, each player has his own strengths and weaknesses that you need to consider while playing.

This a multiplayer game so you will need to stand against other user’s teams and there are various game modes you can try. First, you can play against your buddies to sharpen your skills and get points to improve your team. Then, there are temporary events called leagues where you need to stand against various competitors to hit the top of the leaderboard.

And the last mode is the matches that happen each weekend and your aim here is to win the trophy. With each win, you will get points and bonuses that you can spend on developing the power of your team or some players in particular. You can also complete mini-games to get easy points. 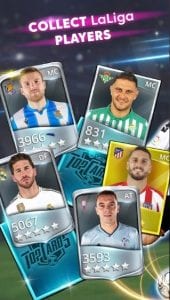 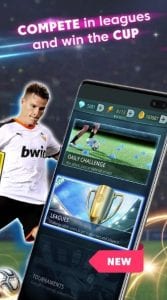 The next game is called Top Stars: Football Match! and this is a soccer strategy game based on card collecting.

Your aim in this game is to get as many cards as you can and win the world’s tournament as a result. On your way to the world’s cup, you will need to go through national league and lots of duels with other users. Therewith, you will need to collect the cards to form the most powerful team the world has ever seen.

Herewith, all the cards are dedicated to the world’s famous soccer players so you can pick your fave ones. All players reflected on the cards have their own strong and weak points that you need to consider while playing. You start with the simplest football arena abut it will get bigger and cooler when you’ll move forward in the game.

Plus, you will get bonuses for each victory you’ve got and you can spend it on improving your team or some members in particular. You can also earn skill cards that level ups the strength of your crew members. Besides, the app has in-game buying that can get you exclusive stuff. 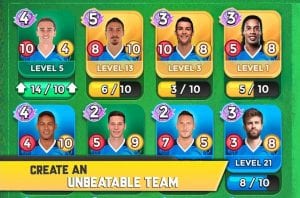 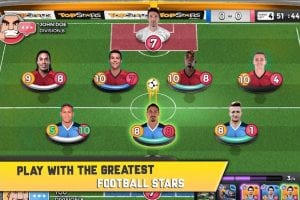 Your aim in this game is to settle the cards with the world’s best players and trade them. All the cards are dedicated to the real players and you can collect all your favorite ones to form the most powerful team. Furthermore, each card has its own strengths and weaknesses so you’ll need to think strategically to get the victory over your competitors.

Apart from the modern age players, the game also covers the players of the last four decades. Visually the cards look great and they are illustrated with HQ pics. You can play against other users or train with the AI to sharpen your skills. Plus, you can trade your cards with your contestants to get the best team composition possible.

With each win, you will earn points and bonuses that can be spent on developing your team’s powers. Therewith, you can get card packs with lots of fun stuff in it. As for trading, it’s being made through the trading pool and users from all over the globe can participate. There are even auctions for the rarest cards in the game. 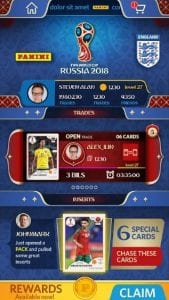 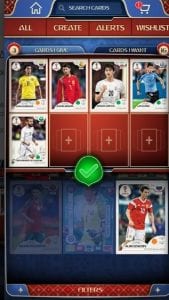 Club Manager 2020 is the football simulator game that puts you in a place of the team’s manager.

In this game, you’ll need to lead your team to success using football cards to get new members. All the cards are dedicated to real soccer players and you can collect your fav ones. You can also mix the members from different clubs and leagues together as you want to form your dream team.

Wherein will get bonuses for each victory you get. These bonuses can be spent on improving your team’s power or the strengths of individual players. You can also get helpful items and the rewards that will fully upgrade your football club. The game also has some rare legendary cards that you can get or trade.

It is a strategy game so you will need to choose the tactics for each play. Plus, you can rather participate in matches against other users tr train with the AI to estimate your powers. The game also has a chat where you can communicate with other users. If you spend lots of time in the game you will get special rewards every three hours. 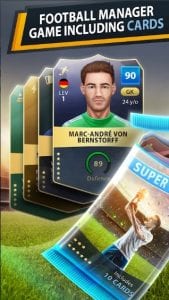 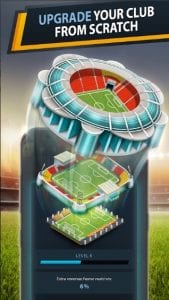 NFL Blitz is a collectible and trading card game dedicated to football.

This game is fully licensed. Thus, you have the ability to collect licensed players’ cards with autographs and trade them if needed. Therewith, the game also has cards with exclusive stuff important to the community of football lovers. Your aim in the game is to form your own crew to beat all the other users.

It needs to be said, all the cards have strong and weak points that you need to consider while playing. You can play with your mates or with other random users from all over the world. In case you’re not sure you play good enough yet you can try training mode.

And if you feel like you’re missing a particular team member you don’t have a card with you can trade the card you need from other users. Each win will get you rewards and bonuses that can help you level up your team’s powers. You can also upgrade the particular players if needed. Plus, you can get free bonuses just of opening the game on a daily basis. 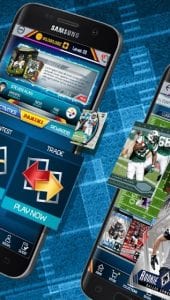 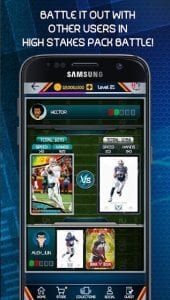 The game has a huge compilation of cards with various football players so you can collect your fave ones. Plus, new cards are being added almost every day so there’s a lot to choose from. It needs to be said, all the cards are dedicated to real players from around the world.

Besides, you can pick up your fave cards that will be presented on the app’s main screen. All cards also illustrated with original artworks and they look cool. Plus, if you want some player in your collection and can’t get his card you can trade one from other users. Each game you’ll participate in goes live against a real person so you’ll need to stay focused.

Wherein, you ill get rewards for each win and you can spend it on improving your team. Furthermore, there’s a golden goal mode that you can use to get all or nothing when it comes to cards. The game has a leaderboard with top players so you can view all your competitors and estimate them. 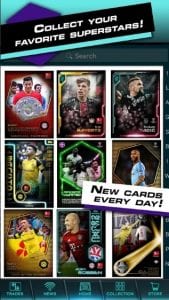 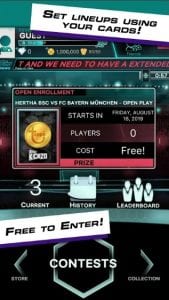 You may also like: 11 Best football streaming apps for Android & iOS 2020

Soccer Star 2020 Football Cards is a card soccer game that aims you to become the best player in history.

The outstanding thing about this game is that it covers both men and women football players from all over the world. Your goal in the game is to improve all your strong points to get into the best league. This game basically simulates the way of life for the average soccer player.

Thus, you start by playing in small football leagues while dreaming to become the best player ever. Wherein, you can collect the cards that give you a place to live in, buy you a car ot improve your strength. There are also lots of cards that affect your lifestyle and your physical conditions.

When you’ll move forward in the game you can hit to the top and become the soccer legend. Once you’ll be successful enough you will get offers from various leagues and teams asking to play for them. And just like in real life, the outcome only depends on your decisions. The graphics in the game is top-level and feels highly realistic. 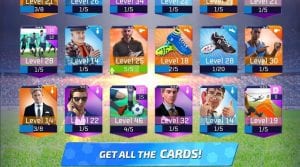 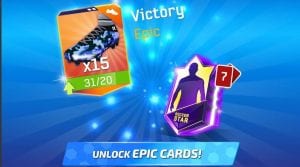