Can’t wait to get into a snowball fight with your mates? Lucky for you, we know how to make it happened at any season of the year!

There are lots of snowball fight game apps for Android and iOS that will help you plunge into the exciting world of winter games. All these games are different — from the ones that aim you to simply fight opponents to the castle protecting ones. There’s even a retro game that will bring up sweet memories.

In case you’re interested in strategy games, make sure to check this article: 18 Best Multiplayer Strategy Games for Android

Here’s the list of 6 best game apps in that category you should try. Have a look!

Let’s start with an app called SnowJinks. This is a snowball fighting game that will bring you into a virtual winter wonderland.

According to the plot of this game, you get to join them, teenagers, while they are trying to defend their area from the ice attack. Thus, your main goal here is to do throw as my snowballs as you can before being called to go back home.

Beyond that, you get to maneuver in between the winter land bundled with snowmen, playgrounds, and Christmas decorations. Some of these decorations can even play into your hands by protecting you from snowball attacks.

As you could already guess, you will also be attacked by the local bullies so you will need to dodge from them. Plus, you can catch gifts that may help you during the snowball fights.

These gifts can help you to heal faster, turn your snowball into a fireball or even cause a coin rain. The coins can be spent on various equipment, cute clothes, or on elevating the harm your snowballs cause. The game starts with simple levels but it gets more and more complicated with time. 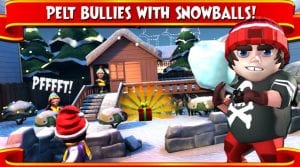 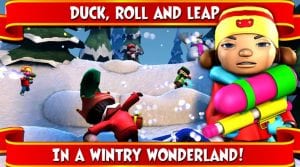 You may also check: 10 Best Games Like Archero for Android & iOS

Snowball.io is a minimalistic snowball game with simple control.

This game is a part of an io line of games beloved by players all over the world. Be the concept of this game, you get to play for the car gathering a large snowball. What is the point you might ask? Well, to knock all opponents from the competition field and take the lead.

So your actual goal here is to defeat all the opponents. Due to this, you need to drive through the snow and gather as big of a snowball as you can.

Then you need to throw this snowball into your opponents. If he will fly out of the competition zone — great, go defeat another one, Otherwise, you’ll need to try again until your snowball is heavy enough to kick your opponent out.

As it was already mentioned, the game has a simple control system so it won’t be a challenge to figure out how to play. Plus, the game covers a huge compilation of cars you can switch. Of course, most of them can only be unlocked for in-game currency but this is not that big of a deal. Along with the colorful design, some cars drive faster which empowers you to gather more snowballs. 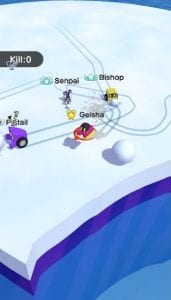 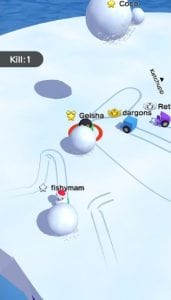 As its name suggests, Snowball Fight is a winter game that will level up your holiday mood. This is a fun winter game that is fully dedicated to the holidays. By the plot of this game, the gophers are posing you a challenge to go play a snowball fight with them. Your goal here is to reminisce about childhood memories and accept the challenge.

It needs to be said, the visual of the game is quite decent and the animation looks nice and smooth. The gaming process itself looks like a good-old whack-a-mole type of game. So the heads of the gophers come out of their burrows and your need to slap them with a snowball. Sounds simple, isn’t it?

You start with easy levels but it gets more and more complicated. At first, there are only a few burrows and the gophers are coming out slowly. Then, the number of burrows will grow and the gophers will speed up so you will need to be very attentive to slap them.

This is not a multiplayer game so all you can do here is to break your own records which can also be quite fun. Besides, it’s a great game to play with your fam during the holiday season. 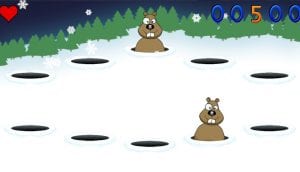 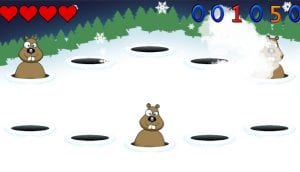 SNOW WORLD is a winter action fight game that will keep you entertained during the holidays.

According to the concept of this game, there are enemies that are coming to take down your castle so you need to get into a snowball fight against them. It might sound a bit harsh but it’s actually not that dark.

The enemies in this game are cute looking penguins and you play the role of a snowman standing on the ice wall and throwing snowballs into them. Therewith, you have your own army of penguins too — the ones on your side are blue and the enemies are black. Plus, you can also add snowmen warriors to your legion.

It is easy to aim the target in this game — just tap on the enemy and it’s done. Your goal here is to not let the opponents come too close to the walls so make sure to aim well.

Each level you pass successfully brings you to point that you can spend on improving your legions. You can also pump your penguins and elevate the powers of the snowballs. Besides, you can renovate the walls against the castle and make them more snowball resistant. 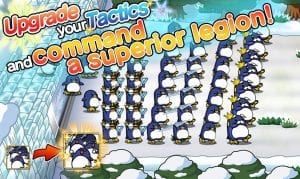 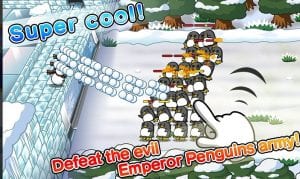 SnowBallFight is a snowball fighting game that will give you major retro vibes.

Frankly speaking, it takes one look at the visual of this game to plunge into warming nostalgic feelings. That’s because the game looks exactly like the ones we used to play on our push-button mobiles a while ago.

Therewith, this game might not be as entertaining and exciting as the modern HQ graphic ones but it’s here to remind you how the mobile games used to look back then. And if you are young enough and you’ve never played these types of games you may not be interested in this one.

By the concept of this game, you need t throw balls at the characters that are coming at you from the top of your screen. You, in turn, stand at the bottom of the screen and also need to dodge from snowballs that your enemies are throwing art you.

Plus, you need to try your best to not let them come close to you cause you will lose lives because o that. Your opponents will move faster and faster during the levels so it will be more challenging for you to win. 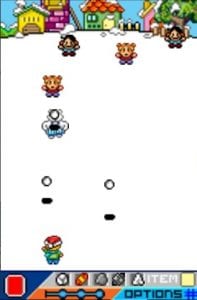 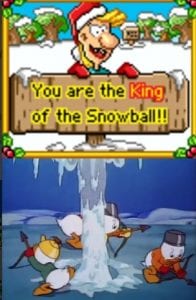 You may also like: 11 Free low MB games for Android & iOS

And lastly, The Snowball Fight is a game that empowers you to fight against your opponents with the help of snowballs.

The concept of this game is pretty basic for the genre — the snow battle takes place on the hill and your main goal is to defend it. Therewith, there are waves of snow fighter try to attack the hill. All the enemies are winter-related which corresponds with the atmosphere.

However, you have a huge arsenal of snowballs on your side so you can easily crush them. Besides, you can elevate your snowballs by making them more deadly to your opponents. Thereby, the enemies will come up and move quickly from level to level so the game will become more challenging. 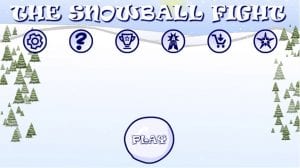 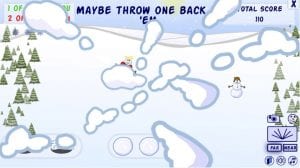