From time to time we just cannot watch a video with a turned-on sound but it doesn’t make sense and you have to wait for the right moment to do that. That is why scripts are of the highest importance for such busy people. To create scripts in a matter of seconds, you should try apps for a video to text transcription.

Most of the time these apps include a multitude of functions and can convert any sound from audios, videos, or ongoing speech right now. With their aid, you can record expressions, phone calls, and get them then in a written form. Draw a line under the time when you had to type quickly and take notes and sparks of thoughts during endless lectures, interviews, or boring meetings. How about vlogging? Create your video in apps for vlogging that we previewed for you in our article and then transcribe it! Now you can choose the app to transcribe audio-visual files that you can use for quotations or as thorough abstracts to repeat or reuse the material later.

This article is devoted to the preview of 11 best transcribe video to text apps their additional features and specifics.

For teamwork and to maintain a conversation while using a transcribing app you may try Otter Voice Meeting Notes. The important thing that matters is that the app includes chats where you can exchange information with your colleagues and negotiate to find the best way to transcribe. While converting speech from an audio or a video, the app is able to distinguish different voices that is why it will easily deal with long-form conversation during an online or offline meeting.

To keep information in order you can create a number of folders to keep files of the same type or theme, and form groups of people whom you are going to collaborate with. The transcription may take place in real-time or post factum and it won’t affect the accuracy.

Before using this app, you should download videos; find an answer on how to do it in our article about Android apps for downloading videos. 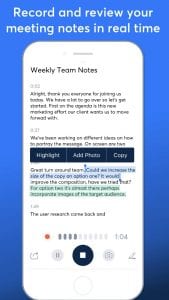 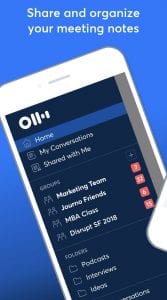 Video to Text Converter doesn’t deal with audio recordings as other apps do, it centers on video transcribing only. The scheme is simple: choose the video, upload, and find the text captured by the converter. All documents are saved in a list and may be scanned or edited at any time.

The app doesn’t have a lot of functions that would spoil the interface and the simplicity of use. That makes it special among all apps of this kind. 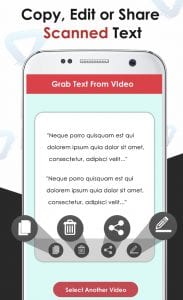 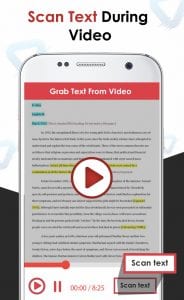 Many users agree that Transcribe is one of the best apps that support automated video transcription as well as audio transcription. The app understands 120 languages and dialects; so, it is very convenient if you have to deal with multilingual speech.

Generally, it is very easy to use because you can upload files from Dropbox and iCloud or work spontaneously right during an important meeting or lecture. After having converted it, you may directly put raw texts into any editor in the format that you need: PDF, TXT, DOCX, SRT; and sync information across devices to have access to it everywhere. Then, you can add text to the video, for this look through our article about apps to write text on videos.

The biggest advantage is that your device doesn’t need to be connected to the Internet, as you can work offline and is relatively navigatable and has a clear interface. 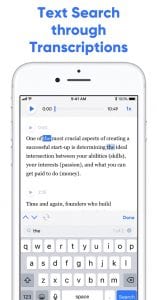 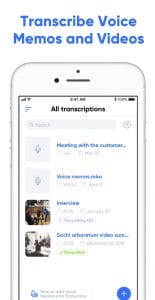 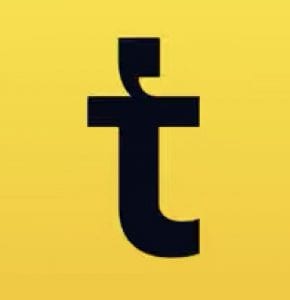 Trint is also strongly recommended but it can capture only 28 languages. The app is used for high-quality transcripts of videos, recordings, uploaded audios, and, in addition, phone call recordings. There are no problems in speech and text tracking because there are time periods added over words.

The app helps to collaborate with other users to edit and lead your transcription to perfection. But you are not tied to your phone because there is also a great website that will do the same things for you. 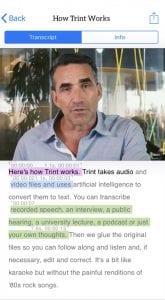 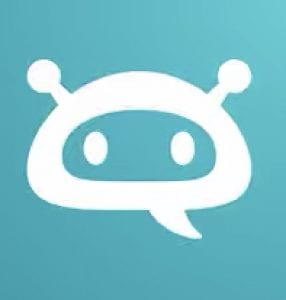 Temi Recorder&Transcriber is perfect for journalists who are overloaded with interviews and recordings of parts of speech. It has a really user-friendly and is able to convert video along with audio into a meaningful text. It is possible to import files from other apps or do a live recording.

The app is appreciated by many because of its accuracy: it makes texts grammatically and lexically correct in comparison to other analogs even if some jargon or background noise occurred.

After the automated transcription is done you may edit and share with another device to continue working there and to get rid of all inaccuracies that might have sprung up. Send it to your friend for a preview. 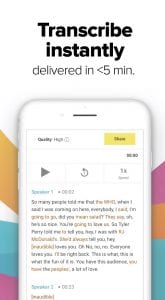 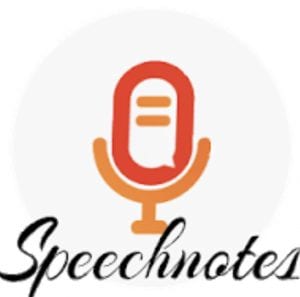 Dictate, upload files, and never lose a thought even if it came up to you while you were jogging to driving. Speecnotes is not only useful for your day-to-day dealings but also incorporates a magnitude of supplementary textual symbols like emoji. Punctuation is not ignored while speech is transcribed, the app identifies meaningful pauses and puts commas and dots wherever they are needed. Moreover, you can make your notes visually attractive by selecting fonts and dark or light mode.

To make it even easier there is a widget of instant transcription; so, you can do it right on your home screen. 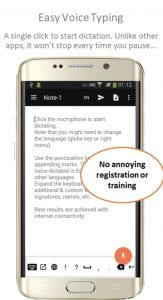 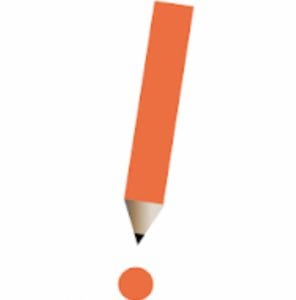 What you will certainly love Audio to Text for is its design. It looks very beautiful and along with this it also deals with other apps that contain necessary files to be converted in different formats. The output may be saved in PDF, Word, HTML, or NVivo. Being so much sophisticated, the app doesn’t lack plainness and you won’t find any issues while converting.

But you should keep in mind that to start work you should be connected to the WI-FI provider. Then, you can share the transcription to continue working in another app. 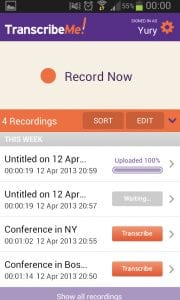 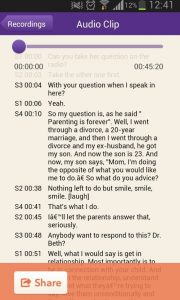 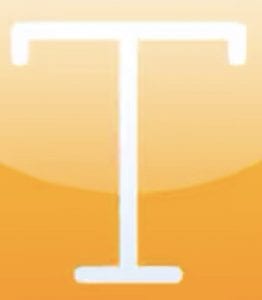 If your target language is English with its variety of accents and dialects, you may like Transcribe Audio, Video app that works with an audio and audio-visual memo to convert it into text. Editing texts is possible if you have found errors, so you can change the transcript a little bit to avoid sudden teeny-tiny mistakes.

Then, you may release results on any social network. So, it will suit all purposes from academic research to journalistic writings especially if it is teamwork.

Along with a friendly interface, they confirm that the app is extremely secure as it doesn’t request your email address, and all operations are performed on the device only. 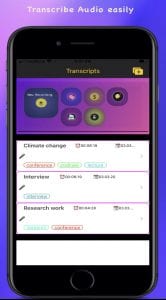 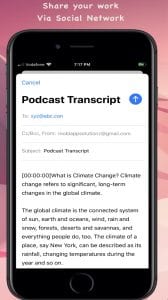 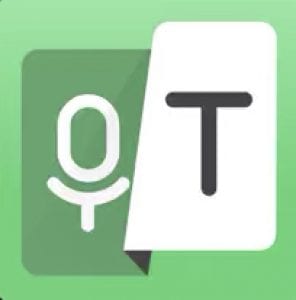 If you constantly use WhatsApp chatting with friends and talking to colleagues and sometimes cannot listen to an audio message or a video, Voicepop will help you to keep in touch with everyone even if there is a lot of buzz around and your headphones are off. This app converts any media sent to you via WhatsApp into texts to make it possible for you to maintain an important conversation.

Transcriptions will not disappear then, you will be able to reread them in Voicepop later. It is not difficult as it provides detailed instruction in the video in the very beginning. The app supports 45 languages, so if you are learning languages, you will be satisfied.

However, this transcriber works only with files no longer than 1 minute. 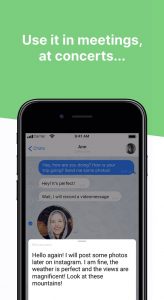 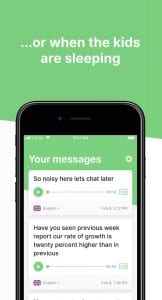 Textr is the app that is like Voicepop but designed for Android. It converts your videos and audios from WhatsApp into text and helps you to stay in touch even if you have no ability to listen to the message sent to you because you are in public transport, cinema, or at work.

The app saves all data and provides accurate and instant scripts of any format; so, you will not have to wait for a long time and there is a possibility to oversee everything converted some time later. 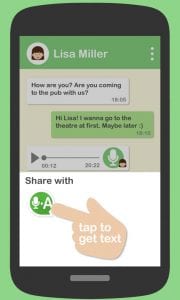 Easy2Transcribe is also very well set and includes all tools for extracting texts: live transcription, call recording, video and audio transcription. Notably, the app provides human transcription (not automated) and that is why you will get very accurate scripts for further work. The output may be downloaded in different formats according to your request. To edit PDF on your mobile phone, for example, you can use an app – see 15 Free PDF Editor Apps for Android & iOS.

The interface is featured with all important points to make the app as simple as possible for you. 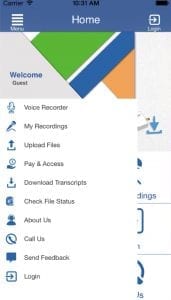 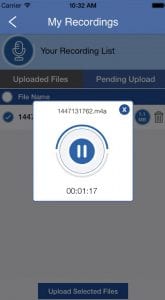