Do you like to play tricks on your friends? Sometimes jokes and pranks become so casual that you can’t even think of anything new. The fun stops and you get sad without new ideas or ways to have fun. In that case, we can recommend fake call apps or 7 Best Apps to Fake Instagram Direct Message for Android & iOS!

Fake phone simulator apps are incredibly popular. They are mostly used to run away from a bad date, leave a meeting, or leave the office for your business. After all, if someone calls you, that’s a pretty good reason.

But if a celebrity calls you, the whole call becomes a joke. You can show your friends or acquaintances how cool you are and that you communicate with their idols. If you like the idea, then we’re ready to introduce 7 Fun Fake Celebrity Call Apps for Android & iOS. 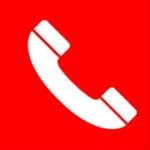 Fake Call Plus is a popular incoming call imitation application where you can fake literally any call. The developers recommend using it during bad dates, awkward situations, or pranks. In fact, you can try all these goals just by being in the company of friends.

You can fake a call from your favorite celebrity, boss, or your mutual friend. To make the call look as real as possible, you can upload your melody to Fake Call Plus and it will sound like a ringtone.

You can set a specific time for an incoming call, or you can start it with a single click. You can also select a picture of the caller calling you from the smartphone gallery. Fake Call Plus is really realistic and simulates a real call. 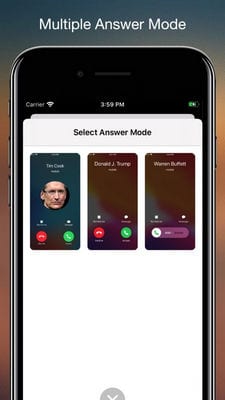 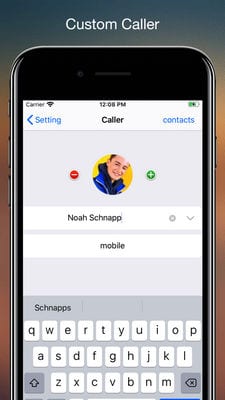 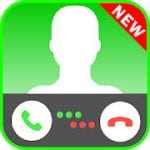 If you need to simulate a real incoming call, you can use the Fake Call 2 application. The design of the call is similar to certain versions of Android, as well as incoming calls to WhatsApp. You can simulate a call in just a minute, determining who is calling you and setting up a photo of the subscriber.

The call can be made either on schedule or immediately. For immediate activation, you will need to press the “Start” button on the screen. Also, Fake Call 2 has a feature that makes the call as realistic as possible – you choose the voice of the person with whom you like to talk.

So everyone around you will definitely believe that you are talking to a real celebrity – especially if you pre-install her photo on the call. It’s worth noting that Fake Call 2 even flashes your smartphone flash when calling! 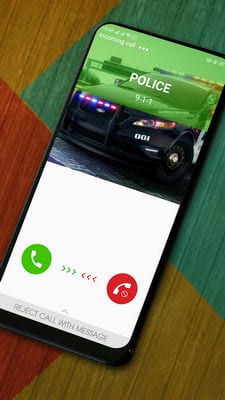 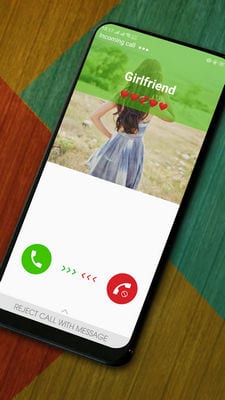 You may also like: 15 Best fake GPS location apps for Android & iOS 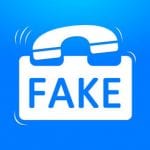 In Who’s Calling you have a whole set of characters you can “talk” to. Each of them has a pre-recorded text that you will hear the moment you pick up the phone.

You can also define what the person you’re talking to will say – for example, you can upload your own audio file of pre-recorded phrases.

Your friends will be fooled when a celebrity calls you. By the way, at Who’s Calling you can talk to Barack Obama, Donald Trump, and other popular people. Each of the subscribers who “calls you” will imitate a real conversation so that no one has any doubts.

Depending on your smartphone, you will be able to set up one of the 9 proposed call screens to make everything look realistic. In the same way, you can choose and the ringtone of the incoming call. 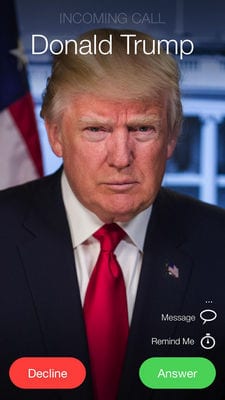 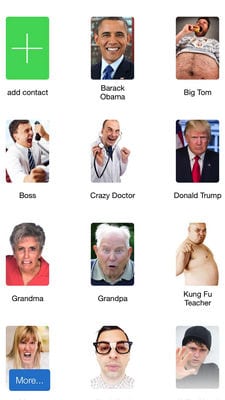 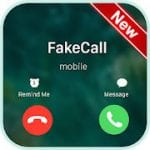 A fake call allows you to quickly quit an unwanted meeting or pretend to be busy when you really need it. Being in the company of your friends, you won’t want to run away – so you can play a trick on them.

Your favorite celebrity will call you (or maybe it will be the idol of your friend or girlfriend?). Impress others, and then reveal your plot – it will be a great joke.

How about you get a call from your mom’s idol? Imagine how much she’d be surprised. You can upload the caller image to Fake call from your smartphone memory and import audio as a ringtone.

The call will be activated as a standard – delayed timer or by pressing a button. You can change all parameters – photos, names of subscribers, ringtones, etc. 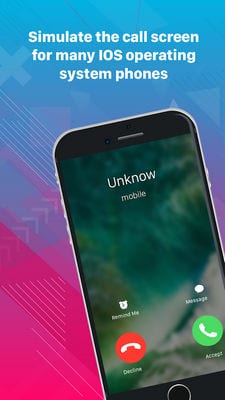 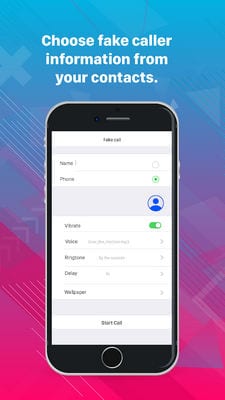 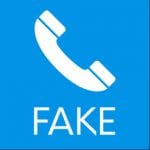 Fake Call Number is another application that was created for pranks and fun. The service allows you to simulate a call from your girlfriend, boss, celebrity, or even your friend who is standing next to you.

All you have to do is adjust the call settings to make everything look realistic. The call will come as soon as you do it – you just need to press a button.

In order for you to play a prank on your friends, you will need to enter the name or phone number of the subscriber who “makes the call”. This person can talk to you with the audio clip that you upload to the Fake Call Number.

In order to have fun later, you can record this conversation and send it to your friends – imagine how surprised they will be because you will even have proof of the conversation. 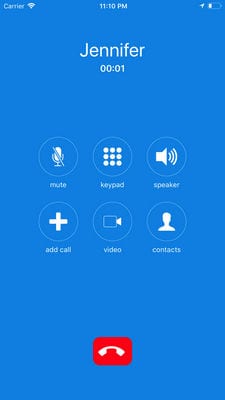 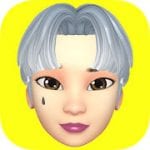 Sometimes it is not enough just to show your friends the subscriber’s name and picture – not everyone will believe that the call is real.

The Bts video call app from WokeApps allows true fans to simulate video chat with BTS and BLACKPINK. Both bands are now so popular around the world that it’s hard to find someone who hasn’t heard of them.

With Bts video call, you can take a screenshot of your “conversation” with the band members to share it on social networks or send it directly to a friend. You can add any idol to the list of your favorite contacts to make it even cooler in other people’s eyes.

You can also make a group fake call by seeing everyone in the group right away. Add other Korean celebrities in just a few clicks to expand your options. 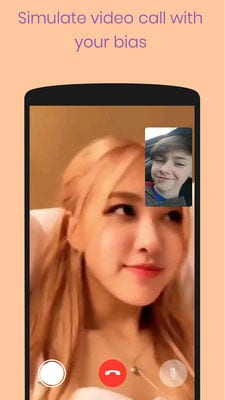 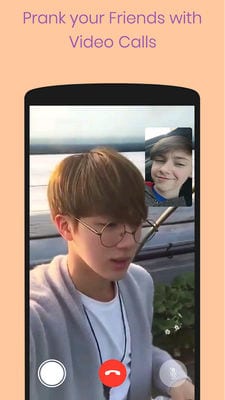 You may also like: 11 Cool fake broken screen apps for Android & iOS 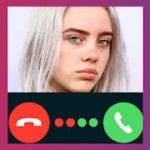 Billie Eilish is the idol of modern youth. The girl became very popular and gained a huge audience – and now you can boast of video chatting with her.

Your friends will surely be shocked because you talk directly to the celebrity. We think this app will interest those people whose friends or he himself are big fans of the singer.

You will be able to take a screenshot of an incoming call, as well as a screenshot of the video chat itself. Everything looks like you are talking in the chat application like old friends. Of course, Billie Eilish’s video and audio are recorded and cannot be changed by you.

But in order to play a prank on someone, it’s perfect. By the way, the developers have similar applications for a huge number of celebrities, such as Ariana Grande, Selena Gomez, Messi, and others. 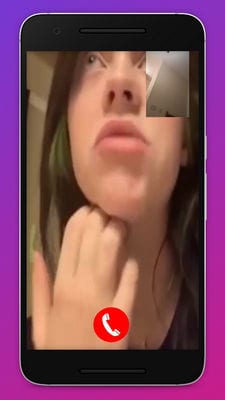 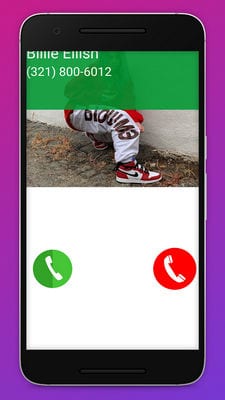 We think you understand that all presented applications are nothing more than pranks. You do not need to post screenshots on the Internet and seriously assert that some celebrity is your close friend. Apps for fake celebrity are designed for pranks and jokes, and not serious evidence of communication with a star.

So you should be more careful – suddenly, all your friends will know about this idea and immediately understand that you are trying to play them. We hope that we were able to help you find the right application.