Anime is a Japanese animation that is popular all over the world. It is available both as a full-length film and as a series. Works made in the style of anime have many features, but the most important is the visual style. Anime-style backgrounds, animations, and characters are hard to confuse with anything else.

We decided to collect notable mobile games made according to the canons of Japanese animation. We tried to make sure that the list also included games for the understanding of which it is not necessary to watch hundreds of episodes of any series.

This review collected free anime mobile games, among which you can find exactly what you like. By the way, if you love anime movies or series, you can watch them online using legal apps.

This is one of the best anime games of recent times. It has nothing to do with any of the cartoons but is reminiscent of the best examples of Studio Ghibli’s work.

Forgotton Anne is a story-driven platformer set in the Forgotten Lands, a place where lost or forgotten things end up.

There is a conflict there and only the protagonist, Anne, is able to stop it and restore order. 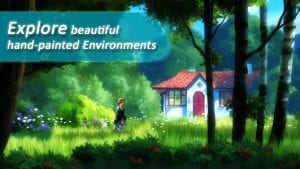 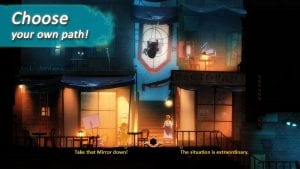 The main feature of the game is its appearance, reminiscent of the best anime cartoons. And this is preserved not only in the cutscenes but even during the game.

You may also like: 10 Free Anime Drawing Apps for Android & iOS

We all know, that eastern culture is totally different from the western one. Azur Lane is a perfect example of these differences.

The game is a mix of RPG, 2D shooter, and strategy. The main peculiarity is that the characters in the game are anime girls-ships.

You’ll pump them up, and then put them on the battlefield and dodge enemy shells in real-time. The ships will automatically shoot at your opponents.

Here you have to collect anthropomorphic girls who act as warships.

Subsequently, you will use them in battles against the bad guys. Events unfold in an alternate universe from World War II.

Aside from the obvious similarities to the Kantai Collection series, the story borrowed some characters from Hyperdimension Neptunia and Armored Trooper VOTOMS. 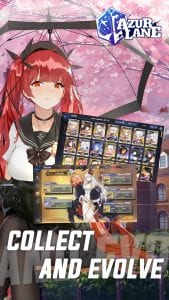 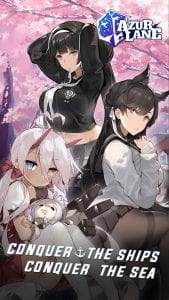 It’s a pretty good collector’s game, especially for fans of the genre.

Many anime-style games are either visual novels or jRPGs whose gameplay dynamics leave a lot to be desired.

But there are more spectacular games for fans of Japanese animation. One of these is Honkai Impact 3rd.

It’s a full-fledged three-dimensional action game in which you control a group of characters and can switch between them.

Each of the Valkyries has unique abilities that set them apart from the others.

Honkai Impact 3rd has a full-fledged story, but there are also multiplayer elements with the co-op for cooperative play.

Honkai Impact 3rd repeated the path of Azur Lane in many ways. The universe began with a mobile game and ended with its own anime. 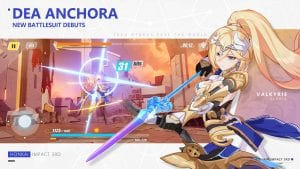 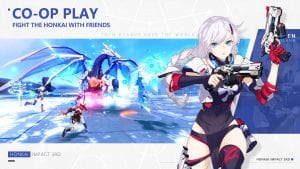 Basically Honkai is not different from the usual gacha games, but the emphasis is on action, hack-and-slash, and RPG elements.

Bleach Brave Soul is a project based on the Bleach series about Ichigo Kurosaki.

Ichigo is a fifteen-year-old high school student who suddenly gets the powers of the death gods and is forced to fight against evil spirits and protect people.

Brave Soul is a full-fledged three-dimensional action game, but with simplified graphics compared to the TV series. 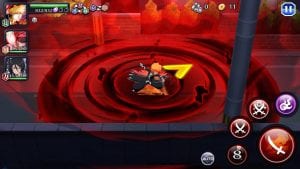 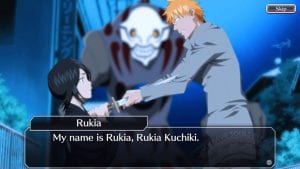 The game has a story, and familiar characters, and the ability to compete with other real players.

Of course, we could not do without a representative of the MMORPG genre.

The most notable with anime graphics is a project of Neocraft studio – Tales of Wind.

The action here takes place in the city of Laplace, on which the shadow has fallen. Now it is up to you and the other players to bring back the light.

You will be pumping heroes, catching pets and riding animals, fighting monsters, participating in PvE-events, and decide who is stronger in PvP-modes. 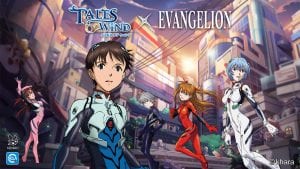 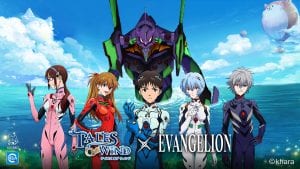 Fans of the genre should be familiar, and the cute anime artwork is a nice bonus.

DanMachi – Memoria Freese is based on the anime “Is it bad to peck girls in dungeons?”

Despite the catchy title, Memoria Freese turned out to be a very good game with an old-school gacha spirit.

You summon cartoon characters, pump them up, beat up bad guys. 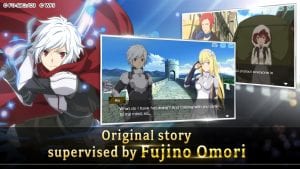 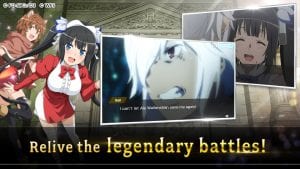 Initially, the quality of the game was not at its best, but the developers have not been lazy and finalized it.

Dragon Ball Legends is a fighting game with a little bit of RPG, collectibles, and an admixture of action, where there is a story mode as well as PvP-battles with other players online.

You can also collect a huge number of Dragon Ball anime characters.

The mechanics are similar to other conventionally free mobile fighting games but consist mostly of a series of simple taps and swipes.

This series of games has always seemed a bit boring, and Dragon Ball Legends is not much different in this respect. 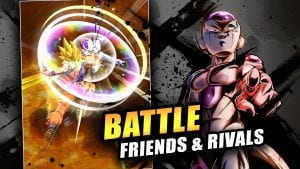 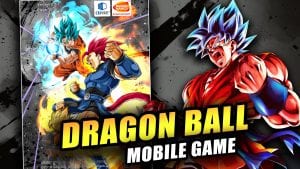 But, fans consider it the best for the mobile platform.

You collect characters from this large and long-lived anime universe and fight the bad guys.

A nice bonus is a full voice acting of all the characters. 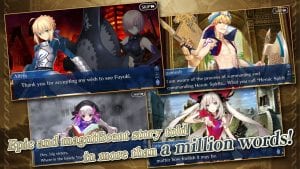 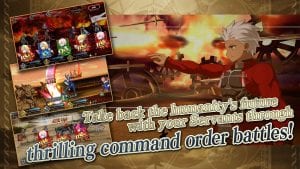 It’s one of the few mobile RPGs that supports landscape mode – the more space the better.

One Piece Treasure Cruise is a collectible adventure game with RPG elements.

Here you’ll encounter over 1,000 characters from the anime, as well as great elements of the original story.

Combat mechanics are the usual set of simple taps, so in this respect, there is nothing interesting here, although for the style in general everything fits more than. 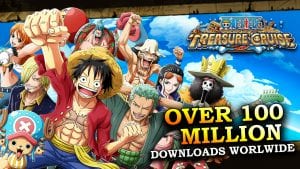 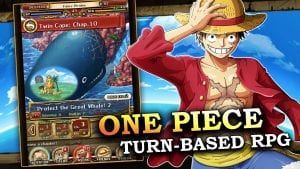 As for the quality, it’s a little above average.

Attack on Titan Tactics is a mobile game based on the popular action fantasy series.

Developed by DeNA Studios, who also have Pokemon Masters and Final Fantasy Record Keeper under their belt.

But, this game is special: it is a mixture of RPG and strategy, generously spiced with gacha elements.

Players control many heroes from the original anime and lead them into battle against villains. The plot follows the events of the first season of the anime. 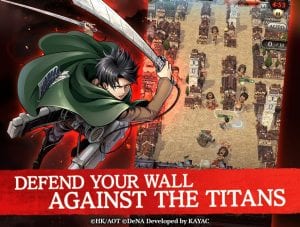 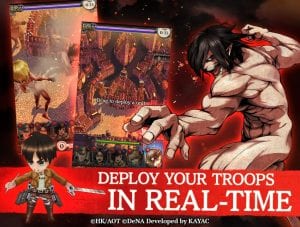 Fans of the universe, suffering from nostalgia, as well as new players who have just begun familiarity with the series will be satisfied. The mechanics of the game are simple and straightforward.

SAO: Memory Defrag is a very popular game based on the highly successful anime, which has preserved many of the features of the original series.

It is a hack and slashes action RPG with a story mode and PvP-battles online, which you can play both by yourself and with your friends.

It’s easy to guess that this is a collectible game, which means you can collect a large number of familiar characters from the series and improve each of them. 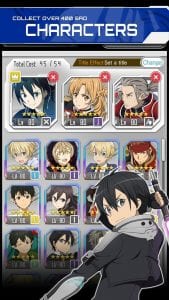 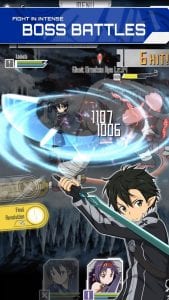 It certainly won’t surprise you with any unique mechanics, but it’s a very good mobile RPG.

Tales of Erin is a very popular series of RPG-games, anime, and other content.

But, at the moment there is no full-fledged game in this universe on mobile platforms. At least not available worldwide.

Thus, we will do just a very similar in all respects Tales of Erin.

This is a mobile RPG with a decent storyline, nice game mechanics, and elements of collecting. 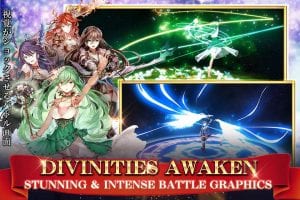 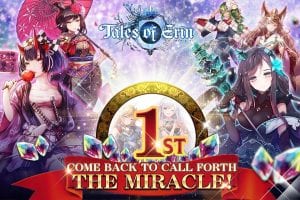 It also boasts a good attitude towards F2P players and nice graphics.

Tales of Crestoria is the latest product in Bandai Namco’s Tales universe.

The visual style, gameplay, and audio – the spirit of Tales are all over the place. You’re also sure to encounter many familiar characters.

The Crestoria universe doesn’t have its own anime, but the Tales series itself is rich in both games and anime, so there’s no question.

A vibrant game with plenty of interesting characters and lots of activities, you won’t get bored.

There are also seasonal events so that the game does not get boring, even for experienced players. There are built-in purchase and the ability to pay a subscription. 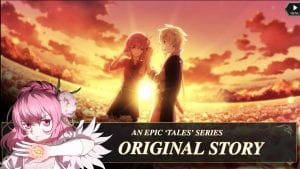 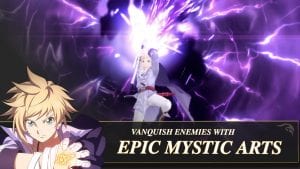 By the way, the subscription-only guarantees a regular drop of loot – there’s no need for it.

Naruto is an incredibly popular anime, so we wanted to include at least one game based on its universe here.

There are quite a few of these games, but Ultimate Ninja Blazing seems to be the best one for us.

It’s another collectible RPG with a deep mecha, lots of characters, and lots of available quests.

The story mode repeats the story of the original. 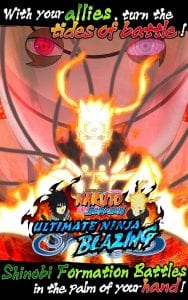 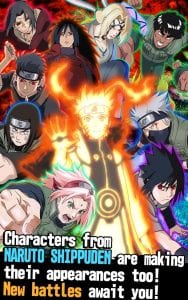 In addition to said story, it features an online mode, special events, and a bunch of other elements that keep us at our screens.

Finally, a game based on the American franchise RWBY, created in the style of Japanese cartoons.

The anime is set in the futuristic world of Remnant, where humans, flying machines, gadgets, and forms of natural energy called Ashes coexist.

Amity Arena is a project in the style of the mobile hit Clash Royale.

Fans of the latter will interest because it will offer a new look at the genre. And franchise fans – the opportunity to return to the familiar universe.

This is a dueling game, similar to such pillars of game building as Hearthstone, Clash Royale, Badland Brawl. Players collect cards, create decks with them, and play them against other players.

It also has some MOBA elements. You must destroy your opponent’s structures before he destroys yours. Either way, it’s quite different from the usual anime-styled collectible RPGs.

There’s a bit of a problem with finding opponents, though, due to the lack of balance, so take that into account as you progress through the levels.